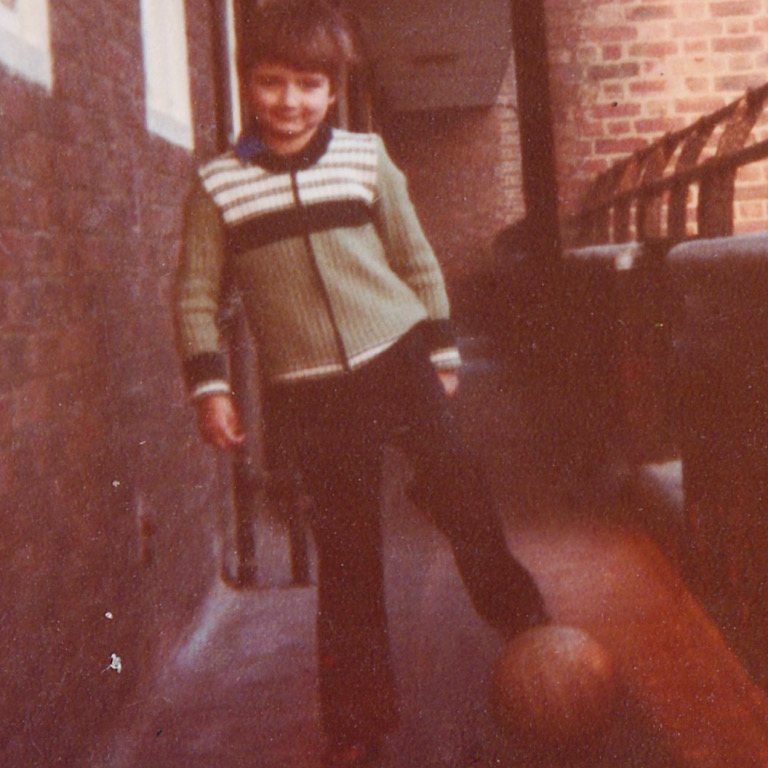 Ask any young lad to describe their first memories
of football and most would recall the waft of liniment oil, or the roar of the crowd under the blazing floodlights – Glenn Richards was no different, except he was lucky, he lived his boyhood dream, pulling on the shirt of his beloved Rovers – but at what cost?

Idolatry, the new play by Paul Bridger, reveals the schoolboy innocence of sleepovers and step-overs, to overhead kicks, smashed windows and sunglasses, as we learn how the dark side of football took its hold with unacceptable consequences. Years later those effects would still devastate lives, but it’s a beautiful game… isn’t it?

Based on Bridger’s own personal experience as a youngster in the photograph above growing up in Stockwell, and inspired by former footballers including Paul Stewart, who spoke out in 2016 about the sexual abuse suffered at the hands of their youth coaches, Idolatry raises awareness that will resonate long after the final whistle.