Up Close and Personal with Milly Thorpe & Gracie Franklin 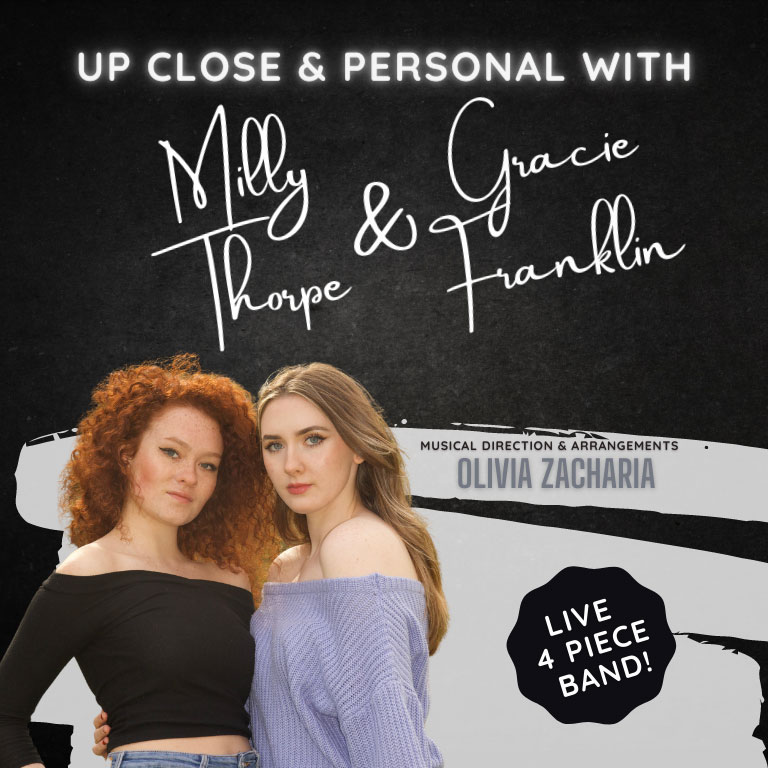 Suitable for all ages. Children under 3 will not be admitted

Suitable for all ages. Children under 3 will not be admitted

Alistair Lindsay for The Unusual Theatre Company is proud to present the brilliant upcoming talent of Gracie Franklin & Milly Thorpe and in the next instalment of the “Up Close and Personal” concert series.

The two young Talentz performers, most recently seen in Oliver! at the E.M Forster Theatre, will be sharing songs that have shaped and guided them throughout their studies and performances.

Gracie and Milly, supported by some wonderful arrangements by Musical Director: Olivia Zacharia, will be performing alongside a 4-piece band.

“Maybe this time” you should join us as we go on a musical journey “for good”. Book now!