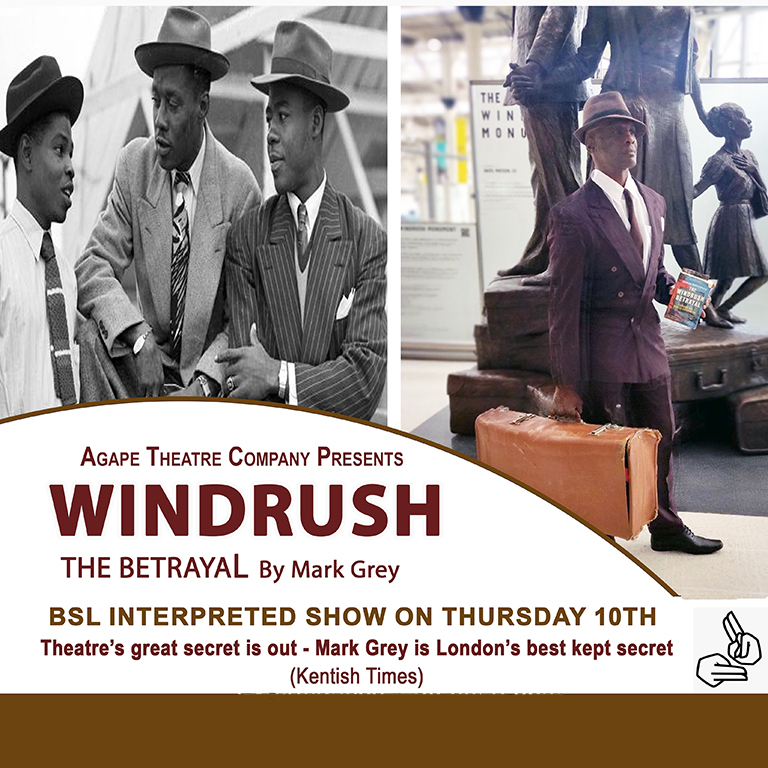 Agape Theatre Company is pleased to present Windrush – The Betrayal.

The story of how The Guardian Newspaper exposed the prejudicial and biased treatment of legal British Subjects by the Government’s “hostile environment” policy. An ideal piece for Entertainment, Education, and Discussion

As our Home Secretary in May 2012, Theresa May implemented government policy to reduce net migration from the hundreds of thousands to ten thousand per annum. This policy came to be known as the “hostile environment”. Many who had come to the UK legally as children, were harassed, arrested, detained and deported as the Conservative government targeted children of Commonwealth migrants in order to bully them out of the country. Guardian journalist Amelia Gentleman brought the shameful policy to the attention of the nation and saved dozens of legal British subjects from “removal”. Award winning playwright Mark Grey has taken the individual stories as reported in the National Press of Anthony Bryan, Paulette Wilson, Sylvester Marshall, and Michael Braithwaite and woven a story that highlights the way that children of the Windrush generation were shamelessly targeted by their own government, refused access to work, benefits, housing and healthcare in an attempt score political points by driving them out of the country they had called home for over fifty years. It was disgraceful, disgusting and it was shameful. If not for Amelia Gentleman and the Guardian, they would have succeeded. This is a true story, and Agape Theatre Company is doing its part to help ensure that everyone is aware of the facts.