UYT members have the opportunity to:

Members also develop a range of skills, including:

If you have any queries about the youth theatre please contact us by email, or telephone on 07738 492668 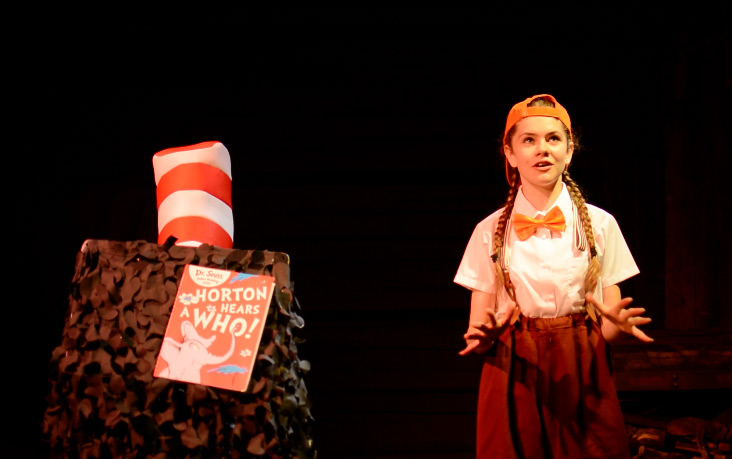 Having worked at the Union and extensively as a child performer, I'm honoured to lend my name to this new youth theatre project. There's nothing greater and more helpful for children than learning and performing together in a group ... it prepares them for social situations as adults and keeps their inquisitive nature alive. If I was 9yrs old again, I'd be there in a shot!

The year is divided into three terms according to the local school’s calendar with a half term break in which additional workshops may be offered.

Half Term (no classes): 23rd October

Half Term (no classes): 12th February

Rehearsals are held every Sunday morning during term-time at The Union Theatre, SE1 0LR.

Rebellion is nigh in Matilda JR., a gleefully witty ode to the the anarchy of childhood and the power of imagination! This story of a girl who dreams of a better life and the children she inspires will have audiences rooting for the “revolting children” who are out to teach the grown-ups a lesson.

Matilda has astonishing wit, intelligence… and special powers! She’s unloved by her cruel parents but impresses her schoolteacher, the highly loveable Miss Honey. Matilda’s school life isn’t completely smooth sailing, however – the school’s mean headmistress, Miss Trunchbull, hates children and just loves thinking up new punishments for those who don’t abide by her rules. But Matilda has courage and cleverness in equal amounts, and could be the school pupils’ saving grace!

Packed with high-energy dance numbers and catchy songs, Matilda JR. is a joyous girl power romp. Children and adults alike will be thrilled and delighted by the story of the special little girl with an extraordinary imagination.

Michael trained at The Royal Central School of Speech and Drama and has worked extensively as an actor in London’s West End as well as round the UK and internationally. Michael also works as a director and has recently finished working with Mountview on their ‘Bridge Project’ that focuses on working with children in the Greater London area. 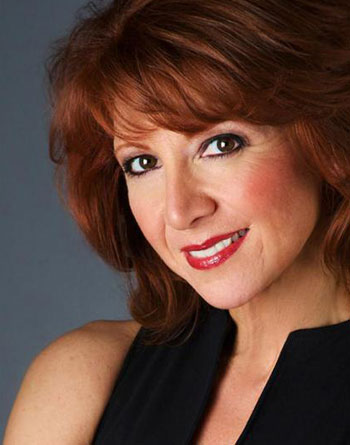 Bonnie made her debut on the West End stage at the age of seven in a musical adaptation of Gone With The Wind at the Theatre Royal, Drury Lane. The following year she played Baby June in Gypsy opposite Angela Lansbury at the Piccadilly Theatre, London. Bonnie made such an impact that the producers took her to America with the show for a national tour and highly successful season on Broadway at the Winter Garden Theatre. For this performance she was nominated for a Drama Desk Award at the age of ten.

In 1981, Bonnie joined the original London cast of Cats creating the role of Rumpleteaser at the New London Theatre. She returned to the Theatre Royal, Drury Lane in The Pirates of Penzance playing Kate and later Mabel in the national tour and limited season at the London Palladium. Other productions include the title role in Peter Pan The Musical at the Aldwych Theatre; Sally in Me and My Girl at the Adelphi Theatre, Lady of the Lake in Spamalot; Muriel Eubanks in Dirty Rotten Scoundrels and her much acclaimed portrayal of Charity in Sweet Charity at the Victoria Palace Theatre.

She has toured the UK in Oklahoma!;  Charlie Girl; 9 to 5 The Musical; 42nd Street; and as Miss Adelaide in the Donmar production of Guys And Dolls. Bonnie headlined the US cast of Fosse on its British leg of the international tour; shared much laughter with comedienne and writer, Sandi Toksvig on their hilarious show Short And Curly; and continues to present her own one woman concert in venues across the world.

Bonnie spends much of her time in the United States, where she recently recreated her portrayal of Roxie Hart in the musical Chicago at the Ambassadors Theatre on Broadway, a role she also played in London at both the Adelphi and Cambridge Theatres on numerous occasions as well as on the US and Canadian tours. Bonnie has performed at the famous Birdland jazz club in New York and at 59E59 theater in her show A Christmas In New York.

Bonnie made her television debut at the tender age of six on Opportunity Knocks for Thames Television and over the next three years she made regular appearances on Junior Showtime (Yorkshire Television). Bonnie played Violet Elizabeth Bott in the London Weekend Television adaptation of Richmal Crompton’s Just William alongside Diana Dors. After that, came The Lena and Bonnie Show, an Easter Sunday special with her friend Lena Zavaroni for LWT.

In 1983, Bonnie co-starred with Wayne Sleep in two seasons of the Award winning Hot Shoe Show for BBC1. She has made numerous appearances on galas, chat shows and game shows as well as three Royal Variety Performances and many Royal celebrations. She presented The Saturday Starship for Central TV, a live Saturday morning children’s show, for 26 weeks and another for TVAM. Bonnie is well known for playing The Doctor’s 22nd assistant, Melanie Bush in BBC TV’s Doctor Who. She has also been the subject of This is your Life.

In 2006, Bonnie learned to ice skate in front of millions on series one of Torvill and Dean’s Dancing on Ice (ITV). She returned for Dancing On Ice: Champion Of Champions the following year and is now back on the ice after 7 years to participate in the final series in 2014.

Bonnie has recently returned to our screens in EastEnders. Bonnie joined Albert Square in June this year, as Kush’s overprotective mother, Carmel Kazemi. 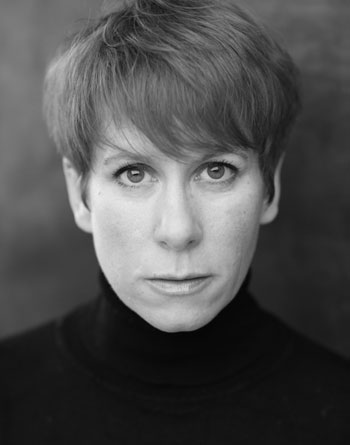 Anna-Jane Casey has been performing professionally for over 30 years in all areas of TV, theatre and music. She hails from Lancashire and came to London at 16 to play Rumpleteaser in Cats. She appeared in the original London casts of Children Of Eden, Joseph And The Amazing Technicolor Dreamcoat, Out Of The Blue and Grease. She played Buffy, Dinah and Pearl in Starlight Express, Anita in West Side Story, Velma Kelly in Chicago ,Mickey in My One And Only and Frankie Frayne in On Your Toes with Adam Cooper.

Anna-Jane played the title role in Sweet Charity at the Sheffield Crucible (Best Actress nomination at the 2003 TMA Awards), and was invited back to the Crucible to play the title role in Pam Gem’s Piaf. She played Dot in Sunday In The Park With George opposite Daniel Evans (Menier Chocolate Factory), and Maggie in Hobsons Choice at the Watermill in Newbury, having played Mabel in Mack And Mabel there opposite David Soul (2005 TMA award for Best Performance in a Musical).

She has played the title role in Aladdin (Hackney Empire), Courtesan in Comedy Of Errors (Open Air Theatre Regents Park) , Ella Peterson in Bells Are Ringing at the Union Theatre (WOS nomination for Best Actress in a Musical and OFFIE nomination for Best Actress) ,Olive James in Radio Times (Watermill, Newbury), Jenny in Company (Sheffield Crucible), Lady Of The Lake in Spamalot (The Playhouse Theatre), Mrs Wilkinson in Billy Elliot (The Victoria Palace), Forbidden Broadway (The Vaudeville theatre and Menier Chocolate Factory), Jerry’s Girls (St James Theatre) and Lottie in Mack And Mabel (UK and Ireland tour). Most recently she has been playing the role of Violet Butterfield in a new musical Flowers For Mrs Harris (Sheffield Crucible) and she will be returning to the Crucible at Christmas to play the title role in Annie Get Your Gun.

Film and television include: Family Guy (Stewie’s British Mother), Amy in The Royal, (Granada Television), Shirley Walker in Doctors (BBC), Beyond The Sea directed by Kevin Spacey, Sophie in Eastenders (BBC) and Linda Kemp in The Bill. She has recently filmed guest lead roles in Heartbeat (Yorkshire Television) and Holby City (BBC).

She has sung all over the world with orchestras such as The Halle, The City Of Birmingham Symphony Orchestra, The RTE, The Royal Philharmonic Orchestra and The BBC Concert Orchestra. She was a principal soloist at the 2010 Rodgers and Hammerstein Prom with the John Wilson Orchestra and joined them again, along with Sir Michael Parkinson, Curtis Stigers and Seth Macfarlane, for BBC’s Hollywood Swinging Christmas 2010 and 2012 saw her star again with John Wilson’s orchestra in the Broadway Sound Prom. She regularly tours with the orchestra and also appears in her own cabaret show both national and internationally.